Your money or your life

(Third chapter in the series “How Would Confucius Collect a Past Due Invoice, How Would Donald Trump?”)

How would the Mafia collect a past due invoice? 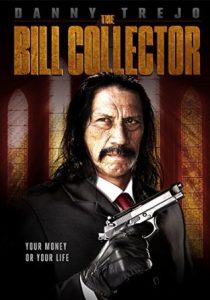 “As I was talking, I noticed him looking at me with more than just the usual eye contact. He kept staring at me, never blinking, never looking away, and holding an artificial smile curled across his face. After a moment, the stare grew more intense and the smile started disappearing ever so slowly. His posture went from being relaxed to sitting up straight and leaning in towards me.

Like a volcano, he erupted and with his forearm, backhanded the coffee tray with such force, our cups smashed against the wall, shattering them into hundreds of pointed shards, and blinding me for an instant, I screamed, ‘DON’T KILL ME!”

The above describes an encounter between Steven Gan and a member of the Yakuza, an organized criminal syndicate in Japan. Steven survived the encounter as well as other adventures in his foray into establishing a collection agency in Japan. (‘Making It & Breaking It in Japan’

Not a recommended approach.

In my training seminars I tell people not to do anything illegal, immoral or that goes against their company policy. For criminals and their organizations, it is a different story. They do not concern themselves with Federal, State or Provincial laws or rules. The Collection Agency Act? Please! Same goes for keeping information private. Their message, we’ve all seen the movies haven’t we, delivered so well by the actor Danny Trejo in the movie ‘The Bill Collector’. “I’m here to collect and I’ll do anything and in case you’re wondering, I don’t mind going back to jail. Check that poster at the beginning of the article. Do you want to be the one telling him that you are ‘a bit short right now’?[1]

However, violence is not their preference. They don’t really want to break thumbs, a leg or an arm or fit someone for cement shoes. Costs money and takes time. Many people conveniently forget that one of the most loved heroes of the big screen, Rocky Balboa, was employed as collection ‘muscle’ by Philly loan shark Tony Gazzo. Rocky once refused Gazzo’s orders to break the fingers of one debtor and instead, collected a partial payment. When Gazzo asked him why he didn’t follow orders, Rocky protested that if he broke the mans fingers, he would not be able to work and earn money to pay the rest of the debt. His boss was more concerned about overall reputation than possible collection from one ‘day late, dollar short’ gambler. He told Rocky, “Leave the Thinking to me!”

Not their preference, but they will use it if necessary. Al Capone was an infamous gangster from the Chicago area. He said, “It’s funny, but you can get more from a person with a kind word….and a gun, than with just the kind word alone.”

Another gangster, this one out of the New York area, was Arthur Flegenheimer, better known as “The Dutchman”, or “Dutch Schultz”. He was a small man, soft spoken with good features. Dutch may have spoken softly but carried a murderous reputation along with a big stick. The alternatives for non-payment or compliance may not even be spoken aloud or in a riddle, “swim with the fishes”, yet the meaning is clear.

[1] The sub-title for the movie is “Your Money or Your Life”. An entertaining and potentially valuable training film for everyone in the collection business. Writer and director Cristóbal Krusen really does cover the good, bad and the ugly aspects of collection techniques in his unique road to redemption story. 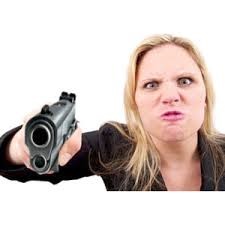 A few years ago, when I worked in the collection department of a Trust Company, there was a relatively small balance I was trying to clear with a fast-talking Real Estate agent, is there any other type, out of Calgary. He avoided our calls for some time and when I finally pinned him down at a house showing, he was direct. “Look, I’m in business and you’re in business and I know you’re not going to take legal action for just a couple of hundred dollars, so why don’t you …quit bothering me.” Only, he didn’t say, ‘quit bothering me’.

I said, “You’re a smart guy. I get that. You’re right, most times a firm our size would let it go, write it off and forget about it. But, on occasion, we decide it is worth it for us, in the long run, to make an example for the rest of our customers who may be in a similar situation such as yourself. We don’t want to spend two dollars to collect one, but we will on occasion and this happens to be one of them. We won’t do anything illegal to collect and while it is possible you won’t pay, at least for some time, I guarantee you that you will wish you had.“

If you say you are going to take action, make sure that you do. Nobody, nefarious or otherwise, likes to get the wrong reputation.

Any lessons to be learned?

There has always been some fascination with gangsters. One actor said that playing one of them is great. They usually dress sharp and it seems you have a license to pretty much bully just about anybody. He added that it can be intoxicating but he wouldn’t try it at home. His wife would give him a back hander.

You have a good product or service and deserve to be paid. There is effort needed along with the creativity mentioned. Older debts ‘tend’ to be harder to collect, yet time may be on your side because financial circumstances change. Catch your breath, back into the ring, ‘cause as they say in the Rocky movie, “It ain’t over till it’s over”.

P.S. By the way, the original article was titled ‘How would Al Capone collect a past due invoice’. I decided some of our younger readers may not be familiar with the gangster from Chicago and even less so with someone like ‘Machine Gun Kelly’, or Baby Face Nelson.  I settled on the well-worn but better known ‘mafia’, a group familiar to us all.