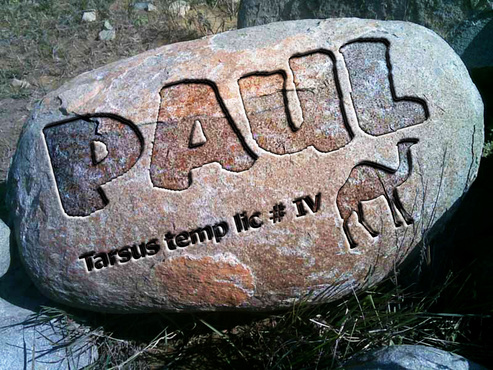 How Would St. Paul Collect a Past-Due Invoice?

He may be well known to many in the present Western world, but back in his day, around 30 to 60 A.D. his contemporaries did not accord him as much respect as given to James and Peter. With my tongue firmly in cheek, I suggest he may even have been the Rodney Dangerfield of a small Christian movement. However, it is well recognized that Saul of Tarsus, as he was also known, had an enormous influence on Christianity as a result of his letters.

In his childhood and youth, he was reported to have learned to work with his hands in his trade of tent-making, which he continued to practice after his conversion to Christianity. He used those same hands for writing and while the tents are long gone, many of the letters survive to this day and with slight editing by his followers, constitute one of history’s most remarkable personal contributions to religious thought and practice.

One might disagree with the teachings of Christianity or any other religious movement, but when an individual is particularly successful in the delivery of a message, one does themselves a service when they pay attention. As a civilization, our big tent is our greatest strength, so listen to a professional tent maker who once said, ‘Your teaching must have the integrity of serious, sound words to which no one can take exception. If it does, no opponent will be able to find anything bad to say about us, and hostility will yield.’

Paul wanted to continue to travel West yet continue to communicate with the churches and groups he had left. He could have told the story to one of his disciples and sent him on a journey, but if you have ever played the game of ‘telephone’, I shudder to consider the possible result. He wrote and sent letters for several reasons.

So, if Paul was around today, having to deal with a past-due invoice, maybe for a few tents (hey, we’re having fun here), what would he do? A man of his times, he would graduate to e-mail, but keep some of the distinct advantages of writing a letter. I’ll share five of Paul’s rules (there are more) with you here. Want more? You will have to attend one of our seminars.

E-Mail Rules According to St. Paul

Okay people, we’re a long way from the ‘60’s (by that I mean 60 A.D.) and we have a lot of tools never dreamed of ‘back in the day’, yet some of the concepts, combined with the best tools now available protects your receivables and increases sales.

If you would like to hear more about our seminars, delivered anywhere in the world, with tailored programs ranging from new staff to the seasoned veterans, please contact me, Tim Paulsen.

P.S. For an interesting take on St. Paul, you may want to pick up a copy of Og Mandino’s book, “The Greatest Salesman in the World”.