When your business is collections, you can see applicable techniques and lessons in almost any film. Films on negotiations come to mind as an example, even “War of the Roses”.

However, the following list is made up from contributions from folks like you. Some of the movies are obvious (could we possible have a list without including Jerry Macguire?) while you may find others of value for different reasons.

Thanks to all the folks who suggested movie titles. They include:

If you know of others that are worthy to add to the list, please send us a note, we would love to hear from you.

You’ve got to be a tough to collect from the mob. Actor Lee Marvin stared as Walker  (no last name), who said time and again, “all I want is my money”.

In 1999, Mel Gibson stared in a not bad remake titled: Payback.

The rally cry of collection departments worldwide: “Show me the money”.
4.)  Boiler Room, 2000

The subject is not about collections, but should not be missed for the recruitment speech and its passion and persistence by the telephone representatives.

“I want my two dollars.”

Alec Baldwin’s speech passionate and direct, at least applicable ‘back‘ in the day’

One of the main characters had been a collector for a loan shark, but it is more about the perceived debt to society, as perceived by a relentless and unforgiving police officer.

A repo man skips town to avoid his own problems.

As an agent for “Skip Tracers Inc”, Jimmy Parkers job is to track down deadbeats who don’t pay…” So goes the description. It really is a bad movie, but  ‘interesting’ to watch for anyone in the business. 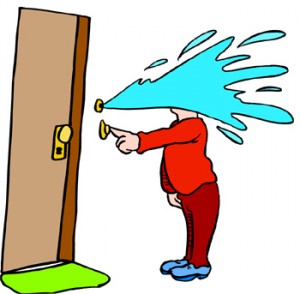 Not what you think!

Don’t let these movies fool you, they are NOT about finance or the collection business.