Mickey Mantle didn’t get a hit for 7 years!

Baseball is a game of failure. There are no batters who do not strike out; there are no pitchers who do not give up home runs. It is a sport where if you get a hit three out of ten chances, you are a hero.

Legend Mickey Mantle said that during his 18 years in the game, he came to bat almost 10,000 times. He struck out about 1,700 times and walked maybe 1,800 times. The average ball player has about 500 at bats a season so it means he played seven years without ever hitting the ball!

When they fail, unlike us, they are not in an office where the only ones who know our failure are within hearing distance or reading a report later that day or week. No, their failure is in front of thousands of people in a stadium, broadcast to many more and recorded for posterity. The pressure is not just on the batter and the pitcher. Trip over the foul line on your way to catch a ball or mess up on your throw to home plate and it goes into the record book. Baseball is one of the few sports that officially records errors.

Don’t you think your last annual review may have been a bit more interesting if there was a record and discussion about your errors during the year?

Yet, even as the struck out batter is taking that long walk back to the dugout, they have to be picking up on what they learned from that pitcher, letting go the failure and believing they will get a hit the next time up. Josh Donaldson of the Toronto Blue Jays, who was American League MVP last year and could well be in the running again says, “When I’m at the plate, I’m always planning on hitting the ball – and believing that I can, right up to the point that I don’t.” It shows. 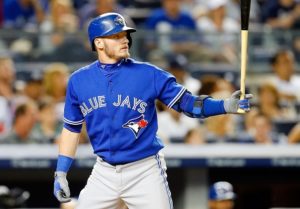 A respected pitching coach said, “If you are still having thoughts about the last pitch or the last hit, you will not be ready for the next one. You have about 30 seconds.” In our collection business, that is about the same time between ending a conversation with a debtor and starting the next one, maybe even less in some of the consumer call director environments. In the collection business where a recovery rate of 22% may be considered good or even high, one will fail more often than they succeed.

There is a trick mind you. Statistics indicate that by the third time through the order, batters are not just ‘forgetting’ what happened before, but learning too. The Jedi mind trick here seems to be, “forgive but never forget”.

Bill Lindala is the author of Debt Collection Simplified and mentions that 22% collections in the medical debt field would be exceptional. (That is only a .220 batting average if we want to keep the analogy.) Yet, when the professional finishes an unsuccessful call, they have to believe they will collect the next one.

Francis T. Vincent, a former commissioner of baseball summed it up as: Baseball teaches us, or has taught most of us, how to deal with failure. We learn at a very young age that failure is the norm in baseball and, precisely because we have failed, we hold in high regard those who fail less often – those who hit safely in one out of three chances and become star players. I also find it fascinating that baseball, alone in sport, considers errors to be part of the game, part of it’s rigorous truth.

Pithy Quote of the Month: