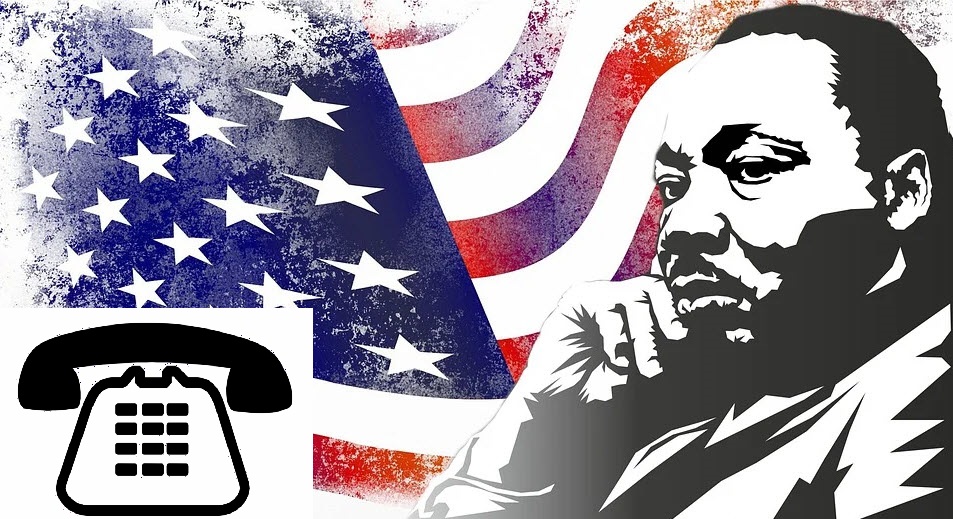 How Would Martin Luther King Jr., Collect a Past-Due Invoice?

First things first with Martin Luther King Jr, (MLK). As a great believer in justice and fairness, I believe that first, King would ensure it was a just and reasonable debt. Secondly, through research or contact with the debtor he would determine if it could be paid, in full or with arrangements, without undue hardship.

He would not have a lot of patience for an individual living beyond their means nor a firm that might try to dodge payment or take advantage a creditor.

If you are the debtor and in a difficult financial situation, MLK might be the best person you would like to have on the other end of the telephone.

On the other hand, if you were, bear with me here for a moment, a bit dodgy, trying to avoid or delay a payment, MLK would be the last person you want on the other end of the telephone. Not only would MLK be a force unto himself, he would not be alone.

Standing with him would be great philosophers and thinkers such as Plato, Aristotle, Rousseau, and others he studied religiously (you should excuse the expression) in ministry college. However, his father, King Senior once said that he never saw any greatness in his son until he took a step in that direction when he linked Gandhi with Christianity.

Though he nursed some doubts, he came to believe the force of non-violent resistance could be used successfully and putting the strategy into play during a now famous bus strike in Montgomery Alabama,  brought MLK into national prominence. The strike began soon after Rosa Parks, a 42-year-old black woman refused the order to give up her seat to a white man. She later said that she had no plans of racial protest, she was jus tired from shopping and her leg hurt.

The organized, non-violent, but ‘never give up’ strategy worked to change public transit in Montgomery and later in many different areas.

In successful debt collection, MLK, I believe, would consider legal action tantamount to aggressive action, almost to the point of violence. Such activity would be shunned.

Instead, MLK, working WITH the debtor would take to the struggle with courage and dignity to have both sides, ‘stand with the truth’. The objective is not to conquer a delinquent customer, never to insult or even offend, but to effect a change of heart.

‘We shall overcome’ is the message but not a overcoming a debtor, but rather a debt which can and should be paid – and if not, is an injustice.

This month’s pithy quote, with great respect, is ‘based’ on a quotation by Martin Luther King, Jr.

“On some positions of debt, someone might ask, ‘Can I get away with delay and avoidance?’ Another might ask, ‘What about my reputation for non-payment? Will I be thought less of or might some think I’m smart or crafty?’ But the right question, asked by your conscience, should be ‘Is it right?’ The position should not consider popularity or a plus or minus in a financial report, but we do it because it is the right thing to do”. 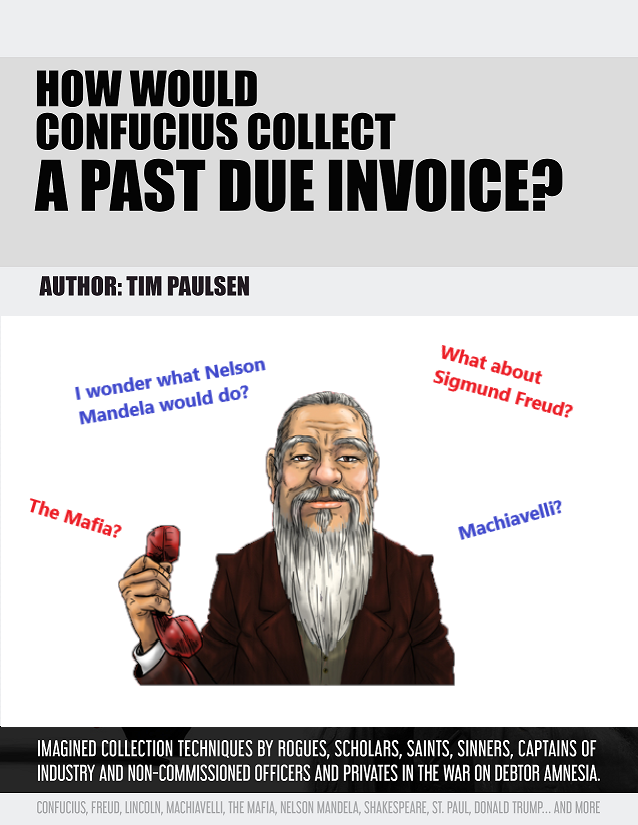 The above is the lastest chapter in the ‘soon to be published’ book, How Would Confucius Collect a Past-Due Invoice.