“He doesn’t need any training. He collects a lot of money because he’s a total  jerk!.’’  * 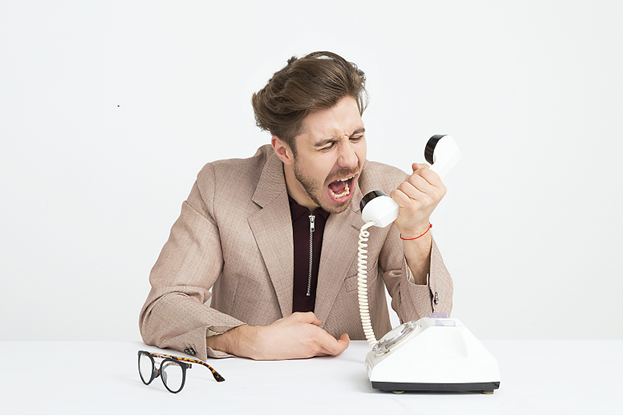 Photo by Icons8 Team on Unsplash

That was the response from a senior manager of a collection agency in a moment of candour in response to a recommendation of a training review program to a seasoned member of his collection team.

Most of my training programs are first-party, where customer retention or at least relations and reputation are very important. I have even said the objective in first-party is not to collect the money, but to keep and create a customer – which you manage thru effective collection techniques. In 3rd-party…not so much.

Maybe you have one of these people working in your collection department? I’m talkin’ nails on the chalkboard, constantly rubbing debtors the wrong way, winner of the most complaints this month and every month, who if you ask him (usually a guy, but not exclusively) if they think debtor delay is caused by ignorance or apathy, he’ll tell you he doesn’t know and doesn’t care…who just happens to collect more than anybody else? If so, you may want to hear what I said to the manager of the collection agency.

‘The frog? From The Muppets?’

‘No, Kermit Washington, professional basketball player.’ I told him that in 1976, this power-forward just finished his third season with the L.A. Lakers, but he was in trouble. He came to basketball late in high school and had not learned a lot of the basics of the game. At 6’ 8”, you can get away with a lack of skills but not in the N.B.A. where his shortcomings caught up with him. The challenge is that many players, Washington is one example, did not want to admit they ‘still had something to learn’. With special attention and training, by the end of the decade, Washington became an All-Star.

‘You are missing the point,’ I told the manager. ‘If your guy, with his attitude and approach, is bringing in a lot of money, just take a bit of time to see how much he might bring in with some additional training? Suppose he improved his telephone voice, handled excuses better than now, learned better negotiation skills?’

He must have agreed because we have set up a tailored ‘know-it-all’ collection training program just for that organization. If you are interested in improving collection performance – at any level, please call or send me an e-mail.

When should we get started? Let me put it like this, a few months from now, you will wish you had started today.

* By the way, he manager actually said ‘P***K’, but in an effort to avoid offending sensitive ears, I decided to use ‘jerk’. You’re welcome.

It’s what you learn after you know it all that counts.