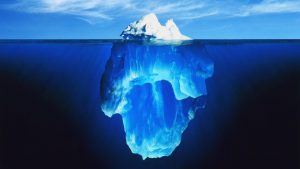 In Warsaw, not long ago, my wife and I visited an exhibition of The Titanic at the Palace of Culture and Science. The fact I found most interesting was that despite putting a huge hole in the ship, the iceberg didn’t kill anybody. People died because there were not enough life boats.

They were not prepared. ‘Too big’, some may have said. ‘A marvel of engineering and too well built’, said others. Over the years, we’ve all seen organizations sink for the same reasons, ‘Can’t happen to us – too big to fail?’  Of the fortune 500 companies identified in 1955, 86% are no longer with us.

There IS an iceberg on your horizon. If it is not in your path, it is heading in the direction of your client or one of their major customers. Same result.

Maybe the sales manager decides to take a risk or withhold some information. The election of Donald Trump may or may not have the desired effect wanted by his supporters, but one way or another there will be new icebergs forming where a shipping lane may have been clear in the past. Perhaps a firm is heading for an iceberg and the C.E.O. has made it much worse. (Think of Chip Wilson of Lululemon as an example, pointing a hairdryer in the direction of the iceberg.)

Most of us know that 80% of an iceberg is below the surface. A good collection department handles the 20% that you can see – the reasons people tell us they can’t pay according to terms: ‘Our customers haven’t paid us, waiting for a signature, defective shipment, no invoice received, out of work’, etc. A great collection department digs deep and handles what they don’t want to tell you: ‘The C.E.O. said to hold all supplier payments for 30 days’, or what can best be described as: ‘I don’t want to pay you – because I don’t want to pay you.’

One of the reasons for the Titanic tragedy was that the ocean was very calm at the time and the lookouts could not see waves lapping up against the iceberg. A great collection department has radar and eyes on the horizon always. The information is out there. You must not only have enough life boats, they must be manned by a trained and dedicated crew. 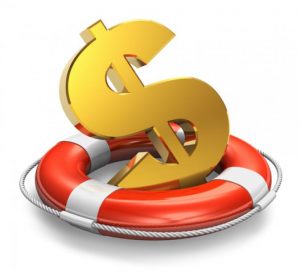 Suggested steps to avoid have Céline Dion singing the theme song from the Titanic at your next and last conference:

From Tim’s book of Pithy Quotes:

“Are you serious about the training for your collection team or are you re-arranging the deck chairs on the Titanic?”
…Tim Paulsen