Your accounts payable manager is a bully! 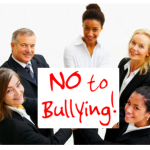 The 14 year old child of a friend of mine started missing a lot of school, wasn’t eating very well and began to act out and misbehave in other ways, none of them pleasant. Some of this of course may not be unexpected in a young teenager, but my friend (I won’t even mention a disguised name) exercised a tremendous amount of patience to dig below and past the behavior to the source of the problem. Her daughter was being bullied at school by two girls of about the same age.

Why? It is difficult to say. Lack of attention from friends, parents or teachers can make a person bully, perhaps be seen as ‘tough’ or ‘cool’ and in charge. Some kids pick up the bully techniques from others, maybe a brother, sister, friend or even a parent. Folks not only seem to get away with it, but they get their way with it – pushing people around. In simple terms, they bully because it makes them feel better and it works.

It occurred to me that some bullies might mend their ways and want to sing a chorus or two of Kumbaya, maybe join the Peace Corps but the truth is, a lot of them just become managers and executives in an organization that owes you money.

Suppose you have a retail store where the owner at your largest customer (let’s call it ‘Wallymart’ to give the right perspective) drops in for a friendly visit. On his way out of the store, in plain sight, not trying to hide anything and with you walking beside him, he grabs a couple of shirts with a value of maybe fifty bucks and walks out the door, but just before he exits, he turns, holds up the shirts and winks at you.

Not likely, you might be thinking, but in fact it happens every day to many of us. A deal with a firm to take a discount if they pay within X days. They pay later AND take the discount anyway. If you charge for late payments, again covered in an agreement, they will say, “We don’t pay late fees”. Winking to you from the doorway.

Please keep in mind I’m not talking about a lower price or terms due to volume that has been agreed, I’m talking about not adhering to the terms, ‘cause they can – being a bully, plain and simple.

What do we do? Let ‘em push us around and in return, laugh, or at least not cry, on our way to the bank? For many of us, when it seems there are no other options, that’s what happens.

But perhaps it is time to stand up to some of the bullies in our own lives and say, “no more, we ain’t gonna take it!”

There are people who will say that shoplifting a couple of shirts valued at $50 is not the same thing as an unearned discount of the same amount. They are right. We don’t see it the same way. There are people who would not take a dollar bill or coin that was left in a refrigerator but not have any compunction of taking a few cans of soda or pop that didn’t belong to them. And because our customers see things differently we need to help them refocus.

The following is a sample you could include in a letter or an email. Feel free to include some clip art but you will need to know your customer of course, more subtlety may be required. It will help with some and won’t work one little bit with a hard core A/P bully. With them you take it or take your business elsewhere. 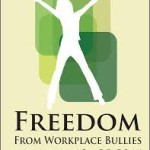 Recently we found some similarities to one of your kids being bullied and some (perhaps unfocused and unintentional) actions by some of our customers. One of two large customers were not adhering to the terms they had agreed. They were paying later, but taking an unearned discount and frankly – we found that because of their size – we were being bullied, just like one of our children.

Our advice to them was to stand up for themselves and with no less that a little trepidation, we decided it was unfair and immoral if we didn’t follow our own advice.

You will find some information attached that indicates late payment, yet with an unearned discount taken. With respect, we would appreciate your following the agreement you originally made with our firm.

If you feel for some reason that you should be allowed a discount, despite not paying as agreed, please let me know so that we may discuss further.

Hoping you will take our ‘standing up to be heard’ communication in the spirit it was intended, I look forward to further improving our relationship.

Pithy Quote:
“People don’t stop being bullies when they grow up. They just dress differently
to fool you.”
…PattiDigh, “Life is a Verb: 37 Days to Wake Up, Be Mindful, and Live Intentionally”